The sun is shining over the corn field and we wake up to a brand new day. We are on vacation in Serbia, close to the Danube and the border with Romania. It’s our second honeymoon on bicycles!

Yesterday, we followed the Danube, from Donji Milanovac to Golubac fortress and town. We wildcamped in a corn field, on the outskirts of Vinci village, close to the border. It was a quiet and uneventful night, except for the nuts falling from the tree with a bang.

The plan for today is to visit the Ram fortress, another Danube medieval outpost. Next on our checklist is the complex of Viminacium, the Roman capital of Moesia, a huge city of only a tiny bit was excavated and revealed. After that, we don’t know. And we don’t care. That’s how adventure works!

After a quick bite in Veliko Gradiste, we slowly make our way to Ram and Viminacium. We pass the Srebno Jezero marina (Silver Lake), a place packed with private boats and yachts. We now realise that this whole area was a paradise for rich people. Last evening we saw a lot of private villas and today we crossed through a golf club. Now, the marina. Oh, those rich people, always thinking for the benefit of mankind.

At Ram we find that the fortress itself is under reconstruction, but we get a private explanation from one of the workers. He tells us that it is a Turkish government funded restoration and it will be opened next autumn. Going further, we take a waterside dirt road and pass through another summer retreat place. There are a lot of summer houses that look deserted, except for a lot of dogs that roam around. An old man tells us in Romanian that people from all over the country come here for fisihing. To me, the place gives me an odd feeling.

One of the most imoportant cities from Roman times, Viminacium was the military capital of Moesia Superior. Today, the archaeological site contains ruins of temples, hippodromes, termae, amphitheatres and houses.

It seems like a history nerd’s dream come too, doesn’t it? Well, it’s not. What you don’t know is that the Viminacium archaeological site is nearby a huge open pit coal mine. I mean, huge, humongous, litterally seen from outer space. And, the cherry on top is a huge thermal powerplant to burn all that coal. Do the math. You’ll get a lot of pollution, dust, noise and a terrible sight to look at, a giant wound in the ground. All I wanted is to get the hell out of there.

We’re very dissapointed by this detour and think of all the nice places we could’ve seen in another region. Can’t do anything about it now and keep on pedalling. We booked a room in Pozarevac and reached the city at sundown, after passing near another powerplant. Enjoy pollution, folks.

The route is here. Don’t forget about our video for the day:

Make sure you check out other great Adventures, as well, or even embark on your own! I will be very glad to be there for you. 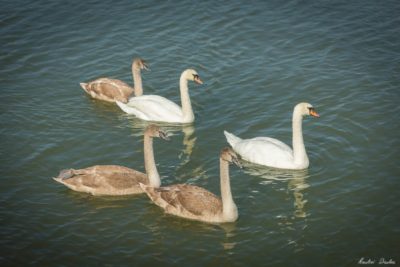 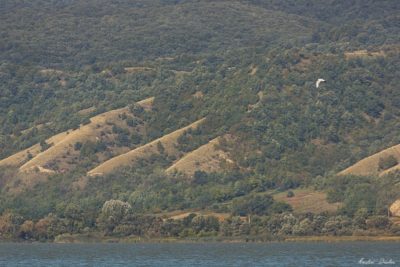 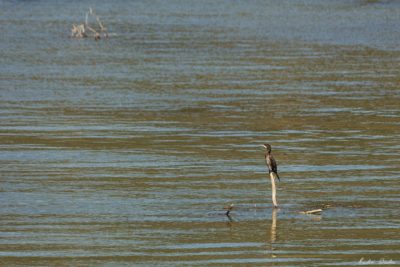 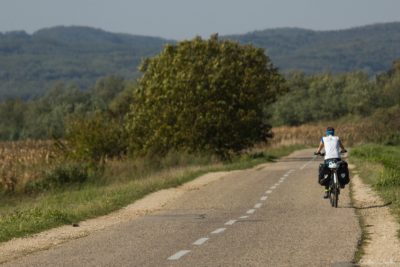 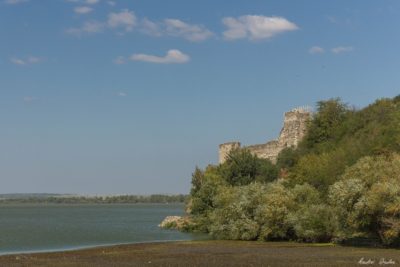 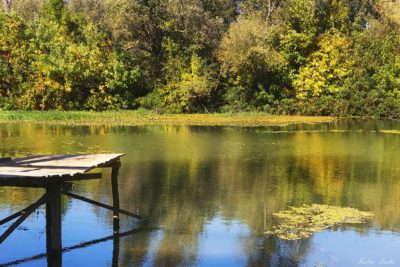 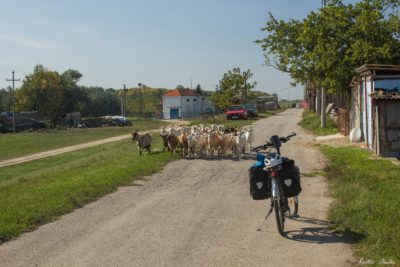 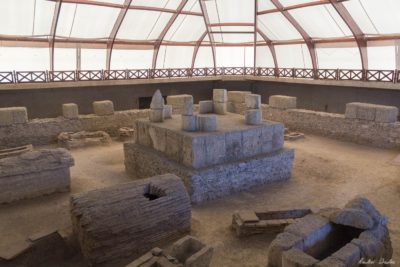